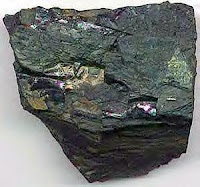 I just saw a commercial on television for the video game "Brain Age," which is a nifty little thing that encourages learning and keeps the mind alert! I like problem solving, not math but the pursuit of creative solutions. Don't get me wrong, I like brute force, for fun and stupidity but not as a means of getting anything done. To get things done, I like slow and careful.
For example, our current gas and energy shortage, which I'm sure is unrelated to anything going on in the middle east...ok, sarcasm...but still, gas prices are shooting up and while there may be some relief in sight, it won't last long. Why? Because eventually our natural resources and reserves will be gone. Now, I don't know how to measure intelligence on a country-wide or even a planet wide scale, but I wonder-- Do world leaders have any access to scientists, reports, data? Didn't someone tell them that maybe finding alternative sources of energy, educating the public about energy conservation and constructing better forms of mass transit, would be good ideas? Hmm...I don't know, but then there's a lot I seem to be ignorant of? Why aren't guns illegal? Why do radicals care who sleeps with who? Why more money isn't spent in medical research and food production and why the space program has again taken a back seat...
Ok, so I think we should have pod cars that run off soy beans and electricity. I think we should have a space station worthy of docking craft and artificial gravity and asteroid detection equipment. I think we should have low cost, effective medicines and that all that money spent on military toys could have fed, clothed, educated AND housed several needy countries.
But then, if the leaders of the free world don't wonder about these things, maybe I shouldn't be. Maybe I should be thinking about how best to balance my budget or something.
Posted by Mya at 10:20 AM