Still Swimming in the Land of the Lost...But Afloat! 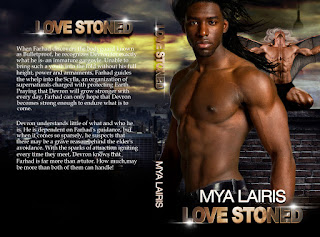 I haven't blogged since 2014. I know because I checked. It's downright shameful, I know. But I've been in school. Self-Education school. This year was the first time I decided to dip a toe into self publishing and yes, they are very deep waters. I will tell whoever asks, that the waters are neither calm or easy to navigate and I have made so many errors that it isn't funny. Bad editors that either don't respond back to emails or who are inconsistent, check. The intricate technical science of formatting, check. The utter quandaries of pricing, markets and marketing, check, check and check. Now you should know that I did not go into this whole self-publishing thing, thinking it would be easy. I knew I would have a great deal of challenges and I still do.


The Why? Why would a writer decide to self publish? Personally, at first I wanted deals. I saw several authors posting their 99 cent deals, their freebies and their countdowns and they were getting access to a good deal of readers. Myself included. I was snatching up deal after deal for my kindle and I wanted to have a horse in the race. So, tentatively, I dipped my toe into Amazon's KDP with a three part series called 'Challenging the Dark.' Each one was 99 cents. I made the covers myself and had some editing done. They were shorts and fun to write and gave a bit of an insight into my crazy mind for anyone wondering if they should check me out. I got a few reviews, and that experiment was successful, I think. By being in the KDP select program which calls for exclusivity, I only needed to format the book for Amazon.


Okay so then, I looked back on my WIP (works in progress) pile and noted my problem child. I have several novels in my WIP pile but the one that demanded my attention the most was a cursed piece called "Love Stoned." It had been accepted by one of the big publishers, held there for two years. Then it went on to two rejections and when I did decide to self-publish it and pay an editor, well she flaked so hard on me that I became traumatized and paranoid. From there it was still some doom to be had. Now, I KNEW that doing a full length novel was going to hurt and it did. But even outside of the editing, I had and still don't have a clue how hard it can be to deal with 300+ pages. Anyway, I got the book ready and then attempted formatting because I wanted to throw my net just a bit wider than Amazon this time. As before, the only easy part of the process was choosing the cover art and yeah, even then, the study of back matter came into play.


My first attempts at formatting made me want to throw my keyboard into a wall and give up. But a friend turned me on to a fabulous formatter who whipped that novel into beautiful shape for both print (Createspace) and digital. Well, by then I was doing the running man and thinking I just maybe able to do this thing. I posted out for early review reads, put up advertisements and was all ready for release. Then...nada. Not one pre-review was returned. I got a few responses from blogs asking for a copy but no reply. I did and still do see sales though. So a few lessons in marketing were soon learned, like the price was not right, the importance of ads and well, I still don't know how to get reviews but I'm trying and I am not in despair.


I go back and forth with the whole, was I being arrogant to think that I could do this by myself thing, and for the past year while I have been studying the hows just as much as the whys, I do kinda realize that the process can be empowering. Don't get me wrong, I'm from the old school where a writer could be just that. Nobody loves cranking out work and seeing a paycheck more than myself. I do not like marketing, promo or technical formatting and I am no saleswoman. But those days of a writer just writing are kinda gone and I so wanted to see the book as close to completed as I could get it...for me. So if I am guilty of something, I suppose it would be selfishness. I wanted the book in my hands. I do not make a living as a writer but I now have such mad respect for those who do and especially those capable of sucessfully wearing the self publishing hat because there are many caps beneath it.


Any way, at the beginning of the year, I threw down the gauntlet. No new material until I can up the stack of WIPs littering my hard drive. I still have two more to go...okay five but for the most part I have been true to that goal. I have chosen to go back a bit to the publishing companies for now. I have one WIP that just got contracted and another that I will begin to farm out for a contract, but learning about self-publishing, taking time out to figure out the processes, to try, to succeed or fail, has been beneficial I believe and so with the coming of 2016, I believe I have the option of both and that I can do both...okay so maybe not with another work over 100 pages but who knows...

Stay afloat please!! I am so glad that you have not abandoned you craft. As a huge (pun intended) of your work it is good to hear you are still there. Some writers leave us fans hanging and it is killer. I am eager to read you new works and continued works with my favorite Fenris, Freya, Rayne and their boy/cur/whelp toy. Happy writing in your land of the lost.
Farrah

Oh gosh! I loved Love Stoned, and I've read most of your stuff! I feel so guilty and not leaving reviews, yikes, will do so now! One thing though, being active on social media does help a bunch, imo! Especially, Goodreads.

Thank you so much Jamilla for dropping me a line. It means soooo much to hear that someone enjoyed my ramblings. I enjoy Goodreads myself and try to leave a review or post a blog when I can.